Hope Is a Paradox 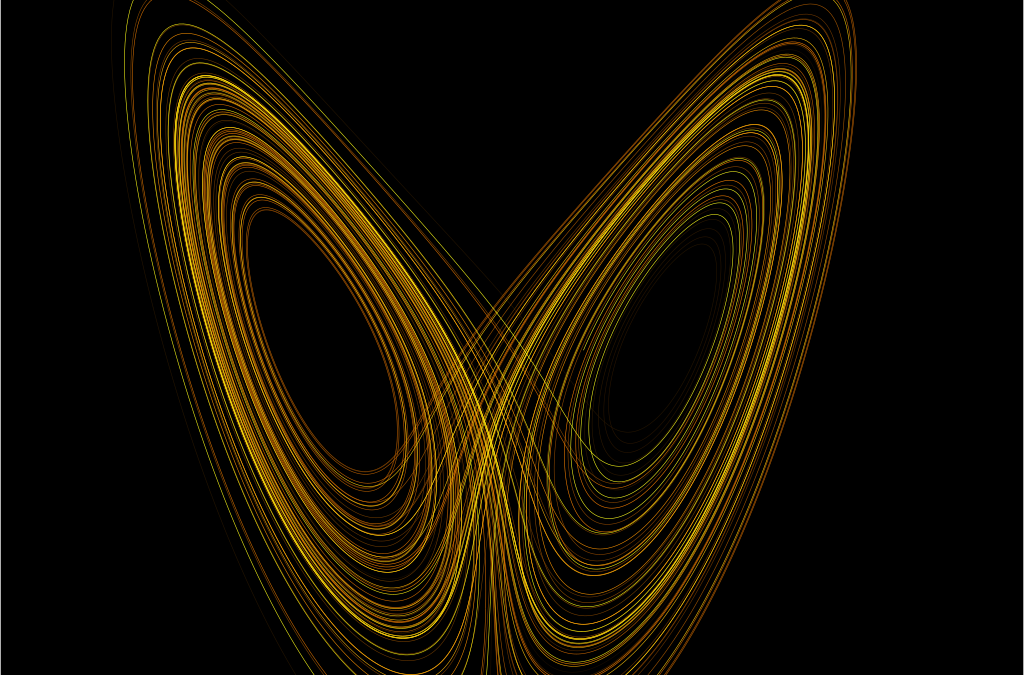 It is interesting how we can find hope in the most unexpected places. Hope, that little engine that keeps us going even when we know the odds are not in our favor. Well, the other day I found hope in none other than the Theory of Chaos.  I was so surprised, but there it was, raising its head above the dread and the fear.

The word chaos sounds so frightening, disordered and unpredictable, but Chaos Theory itself is a part of mathematics which looks at systems that are very sensitive, so sensitive that just a very tiny change may cause them to behave differently. And in that theory lies what is called the Butterfly Effect, the term that  comes from the analogy of a butterfly flapping its wings in Chicago and a tornado occurring in Tokyo.

The lesson I take from that is that we may think we cannot make a difference in curbing and reversing Climate Change, but if each one of us does all that we can in all the ways that we can, we just may. There is hope. We can each flap our wings and encourage others to do likewise.

Before the Butterfly Effect was identified, Benjamin Franklin was credited with offering  this poetic perspective on an ancient proverb.

For Want of  Nail

And then I started to think more about hope. What is it exactly and why is it so important and why the lack of it so devastating. I’m not talking about weak hope which is simply wishful thinking, but hope that is alive, joy-filled and looking forward to the future with optimism. It is anticipation and confident expectation and a belief that such a future is possible, and that belief is combined with the desire that it come to fruition. And hope is strengthened and directed by intention. Again, it is not wishful thinking. There is too much muscle behind hope to just call it wishful thinking. Lewis Smedes, a Christian author, ethicist, and theologian, calls hope our most precious energy source. He writes, “Hope is as native to our spirits as thinking is to our brain. Keep hoping, you keep living. Stop hoping, you start dying.” *

But I have found too that hope is a paradox. If you think there is no hope for a good future, then there will be no good future.  If we believe that life has no meaning or purpose, it will not have meaning and purpose because we won’t live as though it does. We would be in despair, with none of the energy, or insights, or imagination or dreams needed to bring that better world into fruition; fruition, a happy word derived from the Latin word for enjoy.

Hope is belief, desire, intention and it is a paradox. It is a difficult word to get one’s head around.  Once you think you have it pinned down, another aspect of it you hadn’t considered pops up.  It reminds me of the Maria song from The Sound of Music, how do you hold a moonbeam in your hand?

I think that hope calls for metaphor. When I would lead my poetry workshops we would come up with a topic, any topic, a color, a season, a flower, even an emotion like love or anger, and I would ask how that particular word made the participants feel, or what creature it reminded them of, or how it might taste, or sound, smell, or what its texture would be on their skin. By exercising the left brain we could better appreciate and grasp the essence of the word at hand.  I needed left brain thinking to help me with hope. This stanza from a poem by Emily Dickinson came to mind:

Hope is the thing with feathers
That perches in the soul,
And sings the tune without the words,
And never stops at all.

And then I thought about the process of baking bread and how essential yeast is. And how yeast is like hope. You can have the best of ingredients, but if the yeast is not fresh or if the water you dissolve it in is too hot or too cold, the bread will not rise.

Hope is indeed essential, there is no doubt, and we need to know that we are not alone in that hope. There are hundreds of thousands if not millions of people across the world who feel as we do. And there is the whole wide world of Nature cheering us on.

For a Biblical reference for the power of hope we just need to turn to Paul’s letter to the Philippians.  Paul was writing from a Roman prison which was a filthy, overcrowded, cold, dark and damp dungeon where one only had food, bedding and clothing if they were provided by family and friends. And what made the conditions even worse, and what accounted for the high rate of suicide in those prisons was the sense of isolation and dependency. It was a desolate and hopeless place. And still he wrote.  And the fledging church in Philippi?  It was threatened not only by Rome, but by a feud between two of its leaders, a feud that could have a devastating effect upon the community. But still Paul wrote about rejoicing.

What Paul had and what he was encouraging his community to have, and to keep strong was their hope, and they were to “rejoice in that hope.” And as Paul had said in his letter to the Romans “we are saved by hope.”  Truer words have never been spoken.

Some actions to take this month may include: